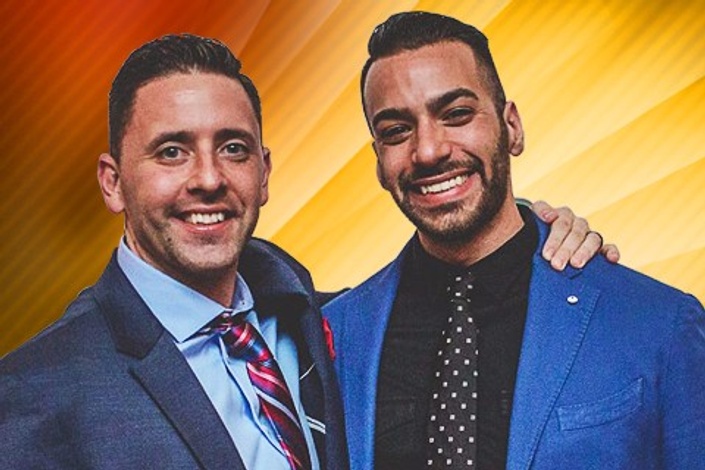 Get in and get busy with public schools, PTO’s and daycare centers with this DFY marketing program that leads to more paid trials & stronger B2B relationships.

Efficient AND effective… this 3-module marketing program is a school owner’s dream come true. It contains complete Done For You "swipe and deploy" resources so you can take action immediately and leverage the program’s proven scripts, letters, emails, and social media packages for your ultimate success.

This course is made up of three major modules. Each one features a training video and downloadable resources so you can implement the strategy that’s covered in the video.

1. School Talk System will show you how to get into the school systems and give you the letters and documents needed to land the talks. It also provides four Done For You school talks - word-for-word “What to Say in Front of a Classroom” - complete with in-class worksheets that keep the kids engaged, and our unique "48 Hour Challenge" to send the kids home with something that parents will love.

2. PTO Fundraiser Blueprint shows you how to gain the attention of Administration and PTO members, and how to land a partnership. It includes a Done For You marketing video, letters, emails, and flyers that make implementing this "cause marketing" strategy a snap.

3. Daycare Connection Formula gives you simple DFY emails, letters and marketing pieces to get you in with local daycare centers and other organizations that lead to new students from your efforts… with no more wasted time!

· BONUS! Social Media Pack provides you with images, copy, and tips to leverage this one-of-a-kind marketing product to its fullest extent.

NOTE: Mario's hilarious training videos appear in each of the modules, as well. 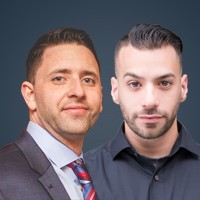 Mario Cesario and Michael Ferreira
MARIO G. CESARIO is a visionary and entrepreneur who has successfully leveraged his passion into a million dollar company - all within a few short years! With over a decade of teaching Martial Arts and several years of working in the financial services industry, he launched his company, Cesar-Kai Academy in June of 2010.
His first venture was a Martial Arts Studio, located in the rented basement of a church. With 10 students attending the first class, Mario dedicated his time to these students and to endeavors he felt would make a positive impact on his community.
After several months of promoting and developing the program, Cesar-Kai expanded to a larger facility, which now serves over 250 families. Cesar-Kai Academy continues to thrive and expand its community influence by being a magnet for families seeking life-changing opportunities for their children.
Once the Cesar-Kai Academy children’s program was established, Mario began searching for ways to impact more adults on a deeper level as well.
Enter, THE MAX CHALLENGE – a multifaceted exercise program designed to help members make lasting changes to their health, appearance and fitness levels. In just two years, Mario has grown the program to over 300 members.
Originally classes were taught within his martial arts school, but due to its popularity, the MAX program moved into a well-equipped stand-alone center in summer 2016.
Today, Mario manages his companies through his talented team with a focus on providing ever increasing opportunities for those around him. Mario also serves as a Business Coach and Mentor for several multi-million dollar companies, including Team Parrella.
MIKE FERREIRA is an accomplished martial arts trainer and businessman. By the time he was 12, Mike began training in the martial arts in Enfield, CT. Passionate and driven, his training continued at a frenzied pace throughout his teenage years and early twenties, leading to him opening his first school 100 Percent Martial Arts at the age of 25 in Glastonbury. CT.
In addition to becoming a High-level Black and successful entrepreneur, Mike built and coached one of the most successful Martial Arts Competition teams in Martial Arts. From 2007 - 2010, Team “100 Percent Performance” rose to the top of the martial arts competition world, being featured on ESPN several times, winning multiple titles and boasting National champions from all over the country.
Throughout the last decade Mike's deep passion to help others achieve success has morphed from teaching students and coaching world champions to coaching entrepreneurs to reach new levels of financial success and freedom.
From team development to digital marketing and customer service, Mike’s strengths in business management and general business knowledge have helped him build a successful Kids martial arts and fitness facility in central CT.
Mike attributes his company's success to his incredible team, competitive spirit, ABILITY TO TAKE ACTION, and an open mind to learn from those smarter than him.
Having trained in many styles of martial arts, Mike holds a 4th degree Black Belt in Kempo Karate with expert knowledge and experience in Performance Martial Arts and “Reality Based Martial Arts”.
He snowboards whenever possible, is a diehard Patriots fan. and feels Coaching through team Parrella is the next wave of martial arts mentorship and business grow to help his clients realize their true potential.